In Dark Arcana: The Carnival, you travel to a haunted (big surprise) carnival as a detective investigating the disappearance of a woman.  Pretty early in the game, you discover you can travel to a mirror-world, where most of the story actually takes place.  As a standard point-and-click puzzle game by Artifex Mundi, there are wide variety of puzzles, including hidden-object puzzles and Monaco, a matching puzzle game that can be played in place of hidden-object puzzles. 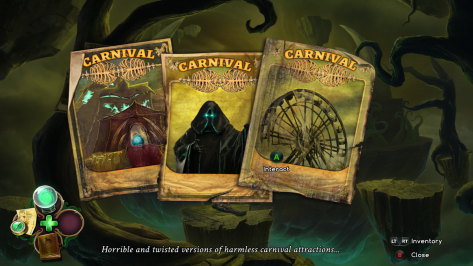 For fans of hidden-object puzzles (or just puzzle games in general) Dark Arcana: The Carnival is a great choice.  There is a variety of puzzles throughout the game, with a nice balance of them being hidden-object puzzles (my personal favorite).  One thing I liked about Dark Arcana was that there was not the addition of collectibles that do not add to the content of the story like Artifex Mundi has done in a few of their other games.  Along with beautiful scenery we have come to expect, Dark Arcana lives up to the basic expectations of a good point-and-click puzzle game. 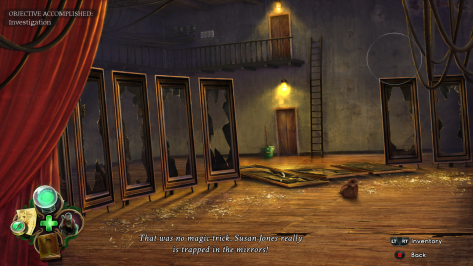 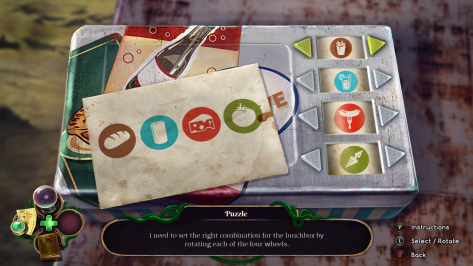 The map function does not seem to function properly in Dark Arcana, and this became very annoying at some points.  I tried pulling the map up in both my runthroughs of the game (one on each difficulty setting), and the map did not appear to have a working fast-travel setting (although the feature was described when you receive the map).  Of all the Artifex Mundi games I’ve played, this one definitely had the most confusing layout and would have benefited immensely from a functional fast-travel feature.

Like many other games developed by Artifex Mundi, Dark Arcana has a relatively straightforward achievement list.  The game will require two playthroughs (one to complete all hidden-object puzzles, and another to complete Monaco puzzles).   Most of the achievements are story related, but there is also a nice mix of puzzle related achievements, such as completing puzzles in a certain amount of time.  Avoid using hints throughout the game, as some of the best achievements are for completing puzzles without using hints or skipping.   I was able to complete both runthroughs and the bonus chapter for the full 1000 gamerscore in roughly 6 hours.

Dark Arcana: The Carnival is a short, enjoyable game that follows a successful game formula Artifex Mundi has used repeatedly through their existence.  If you have played and enjoyed a point-and-click game by them before, this is likely a game you will enjoy.  I found this game provided me with an enjoyable afternoon and an easy 1000 gamerscore.

Buy this game on the Xbox Store