Paranautical Activity is a rougelike first-person shooter that I could best describe as a mix of Minecraft-style characters with a room structure like The Binding of Isaac. It was originally developed by Code Avarice but later sold to Digerati. 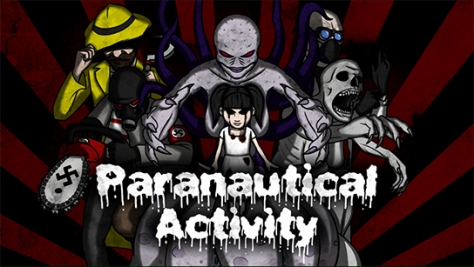 When I first started playing Paranutical Activity, I really didn’t know what to expect. The first thing I noticed were the Minecraftian graphics. I have to admit, at first I was really apprehensive that I was going to like them, but they grew on me quickly. The game spends no time messing around and throws you right in the action which is exactly what I wanted. It was very easy to get accustomed to the controls and how everything worked even though that was basically no guidance at all. The map and the general layout of the HUD was done well also.

I liked finding the shops on each floor, it kind of reminded me out the shops in the original Zelda games. 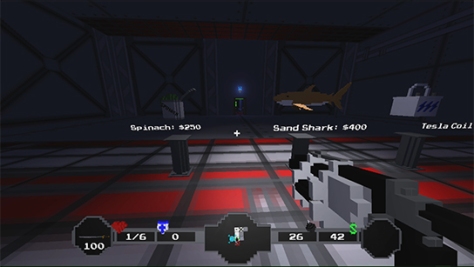 The bosses are really random and often bizarre

The music got really obnoxious after a short time. Thankfully the settings menu is very simple.

The dungeons are randomized, but they don’t really change that much.

I played Paranutical Activity for 9 hours and 16 minutes and managed to unlock 6 out of 45 of the achievements for a total of 120/1000 Gamerscore.

Overall I had a good time playing Paranutical Activity and I think it’s reasonably priced at $9.99